If you have always wanted to start your own online business, but have lacked the technical skills required to build a website, then Sharetribe is for you! Sharetribe is an online platform that has streamlined the creation of peer-to-peer marketplaces. It allows anyone to build a customized website that can be used as a marketplace or as a platform for peer-to-peer sharing – no programming skills needed.

Sharetribe is simple to use and it only takes a few minutes to get your site running. You can then customize everything from the design and layout of the website to the transaction fees you collect. Because Sharetribe has made the technical side of developing a marketplace much easier, an entrepreneur can now focus on the business development side of things, such as building the customer base and marketing the company’s website.

Sharetribe Oy was founded in 2011, but the company has been in development since 2008 when two of the three co-founders, Juho Makkonen (CEO) and Antti Virolainen (COO) were working on a research project in Aalto University.

According to the CEO of Sharetribe, Juho Makkonen, he and Virolainen were originally developing an online sharing platform for students at Aalto University as part of their diploma work. Students using the site were able to share and rent items such as power drills and course books. At first, there were no business ambitions involved in the project, but after graduating in 2010 the two founders started to consider building a company around the idea.

“We saw the business potential in the concept. At the same time, we both wanted to find a job where we could have a positive impact on society. Around that time people started talking about sharing economy, and so we finally decided to start the company in 2011”, says Makkonen.

After exploring different concepts and doing a shift in strategy, Sharetribe found a working business model and won the Peloton Summer Camp competition in 2013. By the end of 2015 the company had over 500 customers in more than 40 countries, with the customer base having grown 400% in the past 12 months. Makkonen and his team have grand visions for the company:

“We want to do the same to online marketplaces what WordPress did to the publishing industry. WordPress opened up its code in 2003 and today one in four websites around the world is run on WordPress. What we want to do is to make founding a marketplace so cheap and simple that anyone can do it.”

The vision behind Sharetribe is highly connected with an ongoing shift in consumer values from ownership to access, also known as sharing economy. Put simply, sharing economy means that people are more willing to borrow, share and rent resources such as bags, books, toys or bikes, instead of owning them. By helping people create marketplaces more easily and cheaply, Sharetribe contributes to this development.

It’s important to note that the sharing economy doesn’t always mean shared profits. While companies like Airbnb, Uber and TaskRabbit have helped democratize commerce, these marketplaces are still owned by a selected few individuals. Makkonen wants to change this.

“I think having too centralized ownership is a major problem in the markets. Companies like Uber and Airbnb are all venture capital-backed big players who get all the real profits. What I want to see is more local players being able to develop their own marketplaces where the profits stay with the local owners.”

Combine Sharetribe with 3D printing, the maker movement and crowdfunding sites such as Indiegogo and Kickstarter, and perhaps we’ll soon see the rise of marketplaces where financial assets, production capital, and distribution networks are in the hands of the many instead of the chosen few.

Value proposition: We make it easy and affordable for sharing economy entrepreneurs around the world to create and run their own online marketplace.
Customers: Sharing economy and lifestyle entrepreneurs
Revenue generation logic:  Customers pay a monthly fee ranging between $39 – $299. Fee depends on the number of members participating in the marketplace. 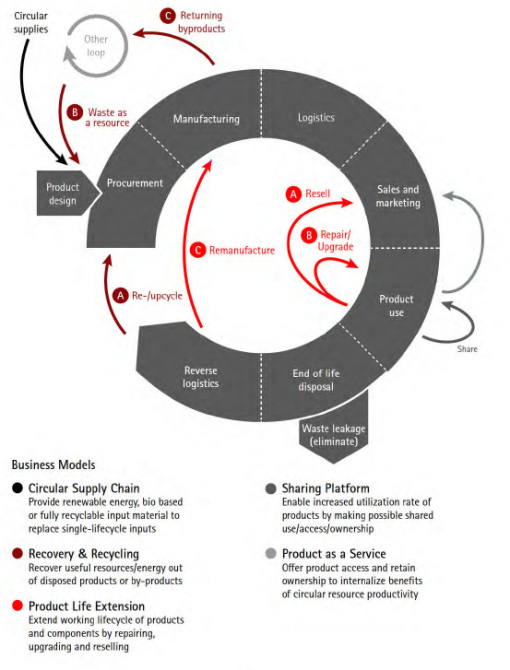 Sharetribe is an interesting case because the company has the potential for building a highly scalable business model. According to Makkonen, the team is working hard to develop the core service as solid as possible, with the aim that customers can get excellent service without having to ever contact customer support. To make this happen the team is also planning on expanding the company’s blog so that customers can find as much content and support as they need.

“We want to find more scalable ways of communicating with our customers. Our marketing strategy is based on providing content and information about the same problems our core service aims to solve. We have also had some discussions with potential partners about providing business coaching to our customers.”

Furthermore, Makkonen shares a vision of a complete partner ecosystem.

“We have been thinking about developing an ecosystem of services, where our partners could build on the platform we have developed. We could have our own app store similar to Shopify.”

As with any startup, it’s too soon to tell whether Sharetribe will scale up to become a key player in the markets. However, having a scalable and automated core service that can be customized with partner applications can translate into high profit and growth potential.

In the end, though, having a startup is not all about making a lot of money or even saving the world for Makkonen. Sharetribe team – founders included – works no more than 40 hours a week, and everyone takes normal annual vacations.

“I and Antti have put a lot of thought into why we’re doing this thing. One important reason was contributing to society, but we also wanted to have a balanced life with the freedom to live the way we find best. I think working around the clock and sacrificing your friends and family defeats the purpose of working in your own company.”